Recession or not, growth is slowing: Our macro team’s view

Our base case calls for a shallow recession as inflation peaks and central bank policies take hold. Here’s how we’re positioned across key strategies.

When GDP numbers were released for the second quarter, they confirmed what we have known for some time. Economic growth is slowing.

Much of the focus has been on the semantics of whether we are in a recession or not, but that’s not our primary focus. Regardless of the label, it’s clear growth is decelerating, though it is against a backdrop of jobs numbers that remain resilient.

Most recently, consumer and corporate spending, which have to date been viewed as economic strengths, have slowed too. Real incomes are also falling as pandemic stimulus wears off (see Exhibit 1). These are significant shifts.

We believe we have arrived at a pivot point. Markets rapidly moved from wondering if and how the U.S. Federal Reserve will respond to rein inflation in to questioning whether the economy can handle the Fed’s response.

Our base case is that we are entering what can be deemed an average recession, as measured against previous recessionary periods. An “average” recession would imply a shallow drop—a decrease of approximately 2–3% in real GDP—and a duration of about 12 months.

That’s a base case, and there is much that can vary from here.

Our clients, according to a recent survey we conducted, are anticipating a mild recession. While 89% respondents to our survey1 believe that the U.S. will enter a recession, 68% expect it to be mild, while 21% anticipate an average recession. No respondents indicated they felt it would be severe.

We think a softer landing for markets and the economy can be achieved if global supply chains recover, if commodity prices moderate (especially if the war in Ukraine deescalates), and if wage growth moderates if labor force participation rises. On the other hand, if high inflation remains entrenched— and especially if wage prices begin to spiral—central banks will likely push markets to a harder landing through demand moderation (in the form of higher rates).

Volatility is likely to remain elevated in the months ahead as markets discern whether we’re in for a hard or soft landing. In general, our portfolio managers are focused on positioning defensively as well as the capturing opportunities likely created in the dislocations and more recent pullbacks in many asset classes. We are experienced managers and have seen economic slowdowns and bear markets before.

With that experience as a guide, there are a number of signposts we are watching to determine the path ahead (see chart).

Volatility is likely to remain elevated in the months ahead as markets discern whether we’re in for a hard or soft landing.

Recessionary signposts: What we’re watching and why

We anticipate that high commodity prices, tight labor markets, high housing costs, and shortages of goods and materials across industrial sectors will keep inflation elevated in the months ahead. Yet, it appears that inflation may have already peaked at very high levels. July’s Consumer Price Index print is being interpreted as favorable by markets, though we think it’s notable that the breadth of inflation is actually still rising. . The Fed’s moves, which are part of the fastest global central bank pivot ever (see Exhibit 2), appear to be having the intended effect, though we think it is too soon for the Fed to declare victory.

Inflation will likely drop as the Fed’s aggressive efforts to dampen demand take hold and supply constraints slowly ease. However, the peaking process will likely be longer and more arduous than anticipated, as the underlying drivers of inflation have transitioned from acute price pressures in a few areas, such as used cars or airfares, to a broader-based basket of domestic and international goods and services.

We do believe inflation will remain higher than it was during the pre-pandemic, post-Global-Financial-Crisis recovery, stemming from a confluence of supply- and demand-side considerations.

On supply: the Russian invasion of Ukraine, China’s relatively punitive policy toward zero-Covid containment, and secular transition from fossil fuels to renewable energy sources all have potential to curtail the immediate and available supply of goods and services globally.

On demand: the introduction of means-based income-replacement programs during the Covid-19 pandemic represented a potential turning point in fiscal policy activism that may have popular support in the years ahead.

Again, what is important to note is that the efforts to rein in inflation have pushed the U.S. economy into a slowing period. Our base case is that slowing growth and still-high inflation mean we will be in a stagflationary environment for some time, and that has significant implications for portfolio construction.

Importantly, real assets typically outperform stocks and bonds during periods of lower-than-expected growth and higher-than-expected inflation, demonstrated both historically and in performance in the first half of this year. As forces behind inflation persist—high commodity prices, tight labor markets, high housing costs—the odds of remaining in a favorable regime rise.

Key questions remain for our portfolio managers: How much of a hard landing scenario is priced into markets? And how should this factor into positioning, given the macro environment as well as valuations—many of which have been driven down significantly?

Our base case is that slowing growth and still-high inflation mean we will be in a stagflationary environment for some time.

Here are our key outlooks: 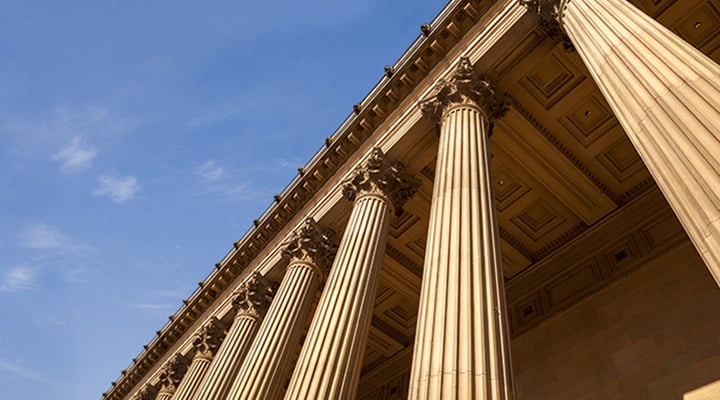 3 reasons to consider preferreds when rates are rising

Preferred securities have characteristics that can potentially help mitigate the effects of rising interest rates. 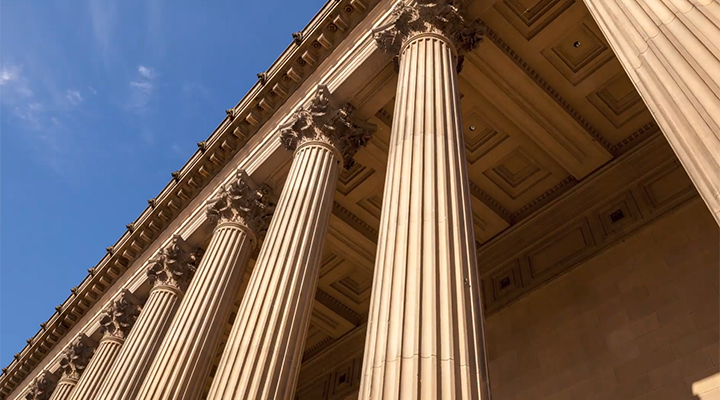 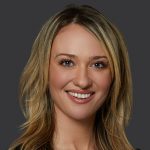 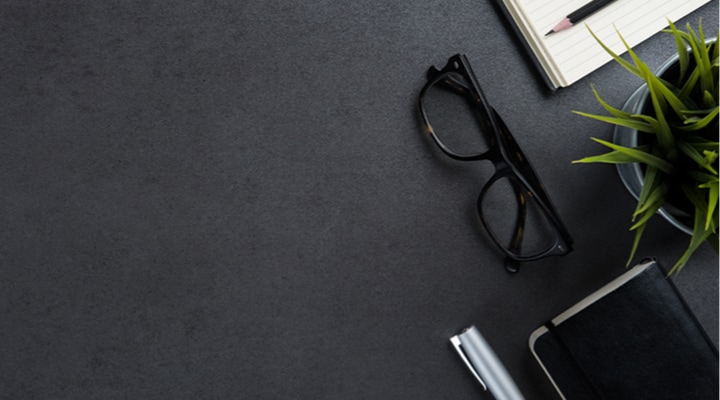 Inflation Reduction Act is a net positive for listed infrastructure

Data quoted represents past performance, which is no guarantee of future results. There is no guarantee that any historical trend illustrated/referenced above will be repeated in the future, and there is no way to predict precisely when such a trend might begin. There is no guarantee that any market forecast set forth in this commentary will be realized. The views and opinions in the preceding commentary are as of the date of publication and are subject to change. Diversification is not guaranteed to ensure a profit or protect against loss. There is no guarantee that actively managed investments will outperform the broader market. This material represents an assessment of the market environment at a specific point in time and should not be relied upon as investment advice, does not constitute a recommendation to buy or sell a security or other investment, and is not intended to predict or depict performance of any investment. This material is not being provided in a fiduciary capacity and is not intended to recommend any investment policy or investment strategy or take into account the specific objectives or circumstances of any investor. We consider the information in this presentation to be accurate, but we do not represent that it is complete or should be relied upon as the sole source of appropriateness for investment. Please consult with your investment, tax or legal professional regarding your individual circumstances prior to investing. The views and opinions expressed are not necessarily those of any broker/dealer or its affiliates. Nothing discussed or suggested should be construed as permission to supersede or circumvent any broker/dealer policies, procedures, rules or guidelines.

Risks. A real assets strategy is subject to the risk that its asset allocations may not achieve the desired risk-return characteristic, underperform other similar investment strategies or cause an investor to lose money. Risks of investing in REITs are similar to those associated with direct investments in real estate securities, including property values may fall due to increasing vacancies, declining rents resulting from economic, legal, tax, political or technological developments, lack of liquidity, limited diversification and sensitivity to certain economic factors such as interest rate changes and market recessions. The value of commodity-linked derivative instruments may be affected by changes in overall market movements, commodity index volatility, changes in interest rates, or factors affecting a particular industry or commodity, such as drought, floods, weather, livestock disease, embargoes, tariffs and international economic, political and regulatory developments. The use of derivatives presents risks different from, and possibly greater than, the risks associated with investing directly in traditional securities, including market risk, credit risk, counterparty risk, leverage risk and liquidity risk and can lead to losses because of adverse movements in the price or value of the underlying asset, index or rate, which may be magnified by certain features of the derivatives. Securities of natural resource companies may be affected by events occurring in nature, inflationary pressures and international politics. Global infrastructure securities may be subject to regulation by various governmental authorities, such as rates charged to customers, operational or other mishaps, tariffs and changes in tax laws, regulatory policies and accounting standards. Foreign securities involve special risks, including currency fluctuation and lower liquidity.

Cohen & Steers makes no representations concerning any endeavor to review or update any information or other content of other websites, and disclaims responsibility for the accuracy, copyright compliance or legality of materials contained on such websites.

Go back Continue to external link